Setting Your Child Up to Be A Millionaire 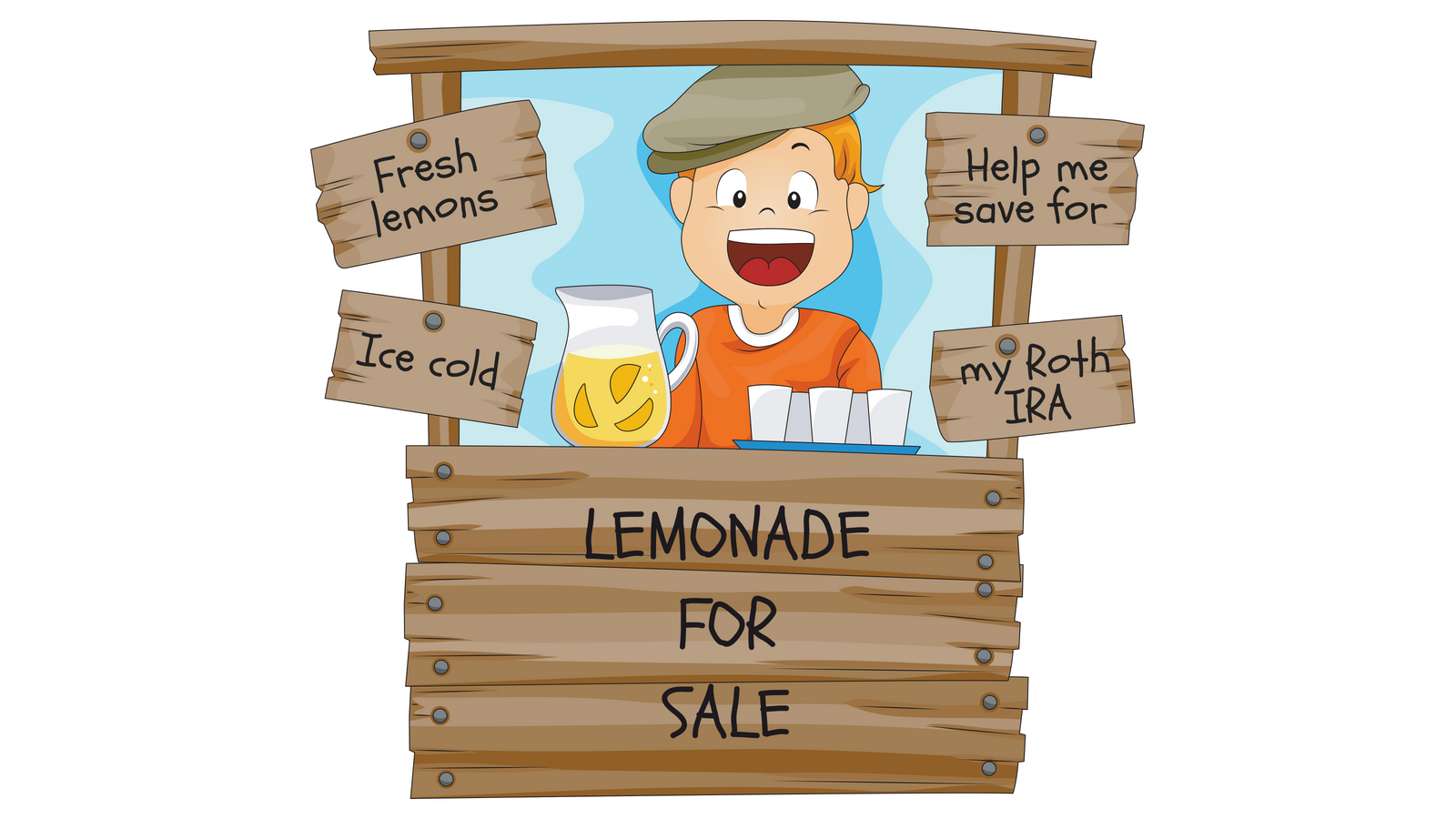 In one of our recent blog posts, “Are We Rich?” Raising Financially Responsible Kids, Kate Slocum wrote about the ways parents can help teach kids about money. Ultimately, the lessons she laid out can end up being the most important financial behaviors a parent can share with their child in terms of building a healthy and successful relationship with money. However, like with anything we try to teach our kids, those lessons will take time and effort before sinking in.

And while that’s absolutely the right approach, we think parents also deserve a short cut from time to time. So let’s skip the lessons (just this once of course) and talk about giving your kids a head start towards earning their first $1 million dollars. It's the "yes a balanced diet is important kids...but it's 8pm on a school night so we're making this easy and grabbing McDonald's" kind of effort everyone in the family can appreciate.

You’re likely familiar with what a Roth IRA is, and perhaps already have one for yourself. After all, they’ve become one of the best investment tools available ever since they were introduced a little over 20 years ago. What is it that makes them so special? It’s the dual nature of their tax benefits that sets them apart from traditional IRAs and other common employer provided retirement accounts. Roth IRA contributions and earnings grow tax-free, while at retirement (beyond age 59.5) any withdrawals are also made tax-free.

A lot has been written about the value of these tax benefits and some of the unique tactics some savvy investors will go to in order to take advantage of them. We’ve done so here ourselves. But the greatest, and perhaps simplest, Roth IRA savings strategy of all doesn’t actually involve complex “backdoors” or IRS loopholes. Instead, it merely involves your children and time.

Roth IRAs are arguably best suited for children who, because of their age, can take full advantage of the time ahead of them and the power of compounding that comes along with it. For example, if a 25 year old just starting out in their career, begins contributing the current maximum $5,500 to their Roth each year for the next 25 years (stopping at age 50), they could expect to have just over $1 million dollars by the time they retire at age 65 assuming an annual 7% rate of return. Add with 10 more years of contributions though, by beginning at age 15 instead of 25, and that same individual will have had 35 years of contributions and a Roth account worth more than double that at $2.3 million dollars by age of 65.

The point of the above example isn’t that the 25 year old will be struggling to make ends meet in retirement. Rather, it’s to highlight that the earlier you begin contributing to a Roth, the better off you’ll be in the long run. It sounds a bit strange at first to talk about saving for retirement as a teenager or even a pre-teen. Thanks to there being no required minimum age necessary to open a Roth IRA, it opens a door to supercharge these accounts for anyone who is able to early on.

What Qualifies as Earned Income?

While there is no age requirement to be met, you do need to have earned income in order to make Roth contributions in a given calendar year. If your child is working a part-time job this summer or has already begun a full time job following their high school or college education, then they will have W-2 reported income from which they can make Roth contributions. But for younger children who may be getting paid for taking on “first” jobs like babysitting or mowing lawns, that can also be considered earned income.

Keep in mind, for 2018, you are only allowed to contribute the lesser of $5,500 or your total earned income for the year. So if a summer of babysitting results in $3,000, that’s the limit on what can be added to a Roth IRA.

The IRS does draw a line though, so parents can’t get too creative on what is considered earned income. An allowance or money for doing chores around the house is a bit of a stretch and won’t count. However, if you have a family business, you could pay a child for age-appropriate tasks at reasonable pay rates. The key is to document any earnings if they won’t result in your son or daughter filing taxes. Be sure to keep track of the following:

You’ll Thank Me When You’re Older

Good luck trying to convince a child, let alone an adult, that they should be saving their hard earned money rather than spending it on something they want now. After a summer of bussing tables, interning, or dog walking, it’s a hard sell to just say – do this, you’ll thank me when you’re older. So what can parents do?

If your child is still a minor, you can actually open what’s called a Custodial Roth IRA or Roth IRA for Kids for them at many brokerages. Fidelity and Charles Schwab both make this very easy via their websites. You’ll maintain control over the account until the child reaches age 18 (21 in some states), at which point it will convert to their ownership.

For children that aren’t considered minors any more, you can still go online and help them set up a new account. Either way, the opening of the account is the easy part. It’s figuring out how to get your child to fund a Roth that’s going to be harder. Consider using the Roth as a teaching tool. Some parents are matching dollar-for-dollar any contributions a child makes or alternatively, going further and making the full contribution for them as a reward for working.

Grandparents or other family members can contribute instead of, or along with, parents also. As older adults might find themselves looking for ways to gift assets to younger generations, it’s hard to come up with a better way than to earmark a gift for a Roth IRA if a child has the income to allow for it.

Setting up a Roth IRA as early as possible, could help your child gain millions more than they would have on their own by waiting. Better yet, it should also help reinforce the habit of saving and the benefits of investing into their lives at an early age. Check out our free infographic to learn more about how a Roth IRA functions and the benefits of starting early and finishing strong. 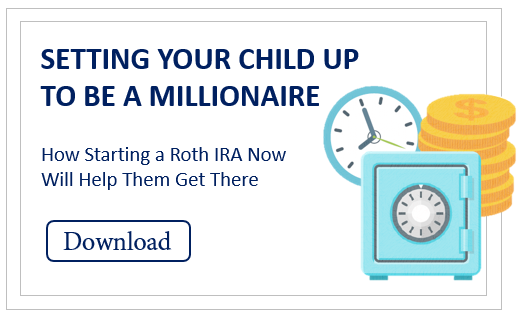